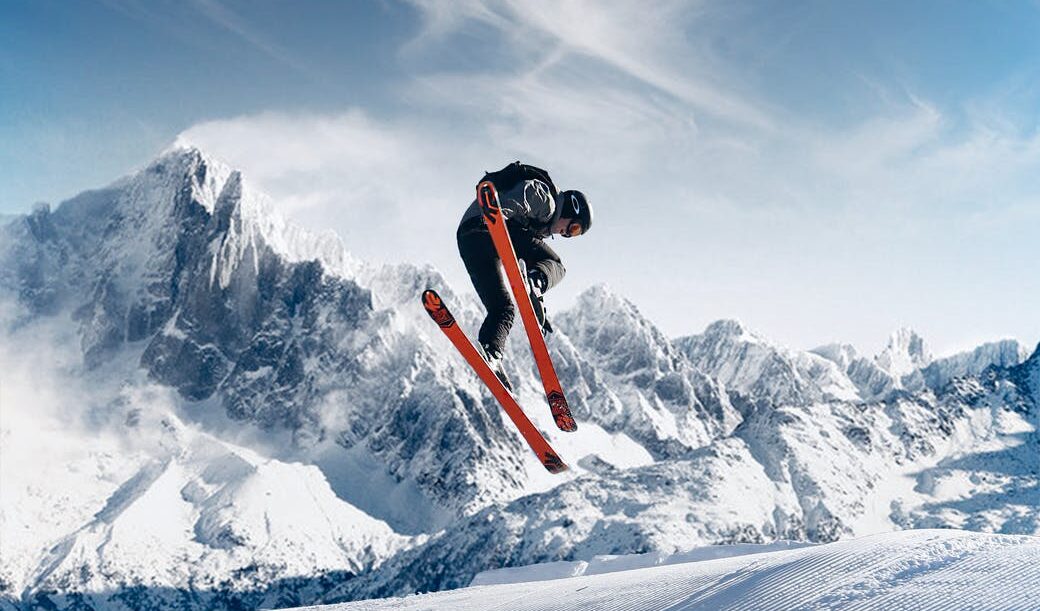 Skiing makes the winter outdoors quite enjoyable because it allows you to do something outside the warmth of your home. There are different types of skis depending on length.

Longer skis are generally faster than the shorter ones mainly due to basic physics. You are exerting fewer pounds in terms of the pressure you are putting on the ski precisely because of its larger surface area. This reduces the drag on the ski and will allow it to glide through the snow smoother instead of plowing.

In a lot of different sports not just in skiing, there are plenty of different basic applications of physics involved. Skiing, in general, involves several forces at work, and each one of them affects the way you perform not only in terms of your speed but also when it comes to your control over the ski.

Why do longer skis go faster?

As mentioned before, you are actually incorporating the basic fundamentals of physics when it comes to understanding why longer skis go faster. Let’s understand it in a simpler way so that it will be easier for you to get the bigger picture.

Do you wonder why larger wheels on any vehicle allow the vehicle to move faster? Well, other than the fact that larger wheels cover more room when they are moving similar to how a bigger person will be able to cover more ground with every step that he or she takes compared to a smaller person, there is another reason why bigger wheels move vehicles faster.

As such, the wheels don’t have to grind too much when moving across the street as the pressure on every square inch of the wheels is decreased. The wheels will be doing less grinding against the street and will glide smoothly across it instead.

It’s a similar concept when it comes to skiing. When you are on skis, your weight is actually exerting pressure on them. This means that your weight is the force that pushes the skis towards the surface of the snow right under them.

Let’s say that everything stays the same except for the length of the skis. In such a case, because the surface area of the skis is now larger, your weight will be exerting less pressure on every square inch of the skis. This also tends to decrease the force per square inch that pushes the skis towards the snow.

Because of the very fact that longer skis have less pressure per square inch pushing them towards the snow, they won’t have to do a lot of grinding against the surface of the snow. Instead, the longer skis will glide through the snow a lot smoother in comparison to shorter ones.

You can actually apply this concept in a lot of different situations. For example, if you are moving two pieces of furniture of the same weight around the house, you might actually notice that the longer piece of furniture is easier to move around in comparison to the smaller one.

That’s because the weight is distributed more across the area of the longer piece of furniture, which then reduces the drag between it and the surface of the floor.

It’s the same thing in skiing because of how you are now exerting less pressure per square inch on the skis with your weight, which will then reduce the friction that is happening between the skis and the surface of the snow.

When friction is reduced between an object and the surface right under it, the easier it will be for it to move from point A to point B. That’s basic physics right there, and that is one of the concepts applied in skiing.

How Does Ski Length Affect Performance? 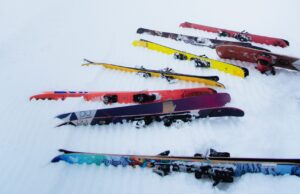 Ski length in skiing actually plays a large role in the way you perform especially if you are quite competitive in this sport. We have already discussed how speed is affected by the length of the ski but there is also a lot more to that when we talk about ski length and how well you perform.

After all, if speed is the only important factor to look at when it comes to ski length, why else should we even bother with shorter skis at all?

For starters, the major impact that longer skis have to performance other than speed also lies in stability. Again, we have to go back to the concept of surface area.

Because longer skis have larger surface areas that come into contact with the surface of the snow, it will be easier for you to stabilize the skis when you are moving at faster speeds.

Think of it as how you are able to balance on the ground more when your feet are firmly planted on the ground as opposed to when you are on the tips of your toes. You can also stabilize yourself more by widening the gap between your feet.

The larger the surface area is, the easier it is for you to balance yourself when you are standing.

Similarly, because larger skis are heavier, they are easier to use. Remember here that you are usually skiing downhill. Because larger skis have a lot more weight behind them, it will be easier for them to plow through the snow downhill similar to how a heavier bulldozer can go through walls easier.

However, ski length also affects the way you turn your skis. If you are trying to evade obstacles along the way or if you are simply trying to in different directions, you are going to have a much more difficult time doing so with longer skis precisely because they have a longer turning radius as compared to shorter skis.

Think of it as something similar to driving a smaller car in comparison to a truck. It’s always going to be easier to turn a small car as compared to the larger and longer vehicles. 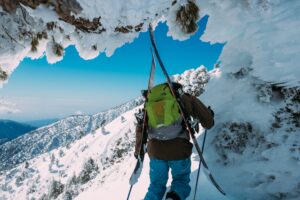 Generally speaking, even if longer skis are able to move at greater speeds and are much easier to stabilize due to their larger surface areas, you can actually say that they are harder to use in comparison to their shorter counterparts.

Again, let’s go back to the fact that shorter skis are easier to maneuver and turn around in comparison to longer skis precisely because the shorter variants have a shorter turning radius. This means that you can turn faster and more sharply with shorter skis than with longer skis.

They react faster to your movements because you will be exerting more force per square inch on them. On top of that, they are lighter and are easier to use when you are on hard snow.

So, in short, longer skis are generally much more difficult to use but are better off for those who value speed and stability more than maneuverability and control. That’s why beginners should start off using shorter skis instead of longer ones when they are still trying to learn the basics of skiing.

What is the Ideal Ski length?

The ideal ski length actually varies and depends on your height. Of course, the taller you are, the longer your skis should be. There are plenty of different charts you can use to tell whether or not the ski length is ideal for your height but you can use this one: