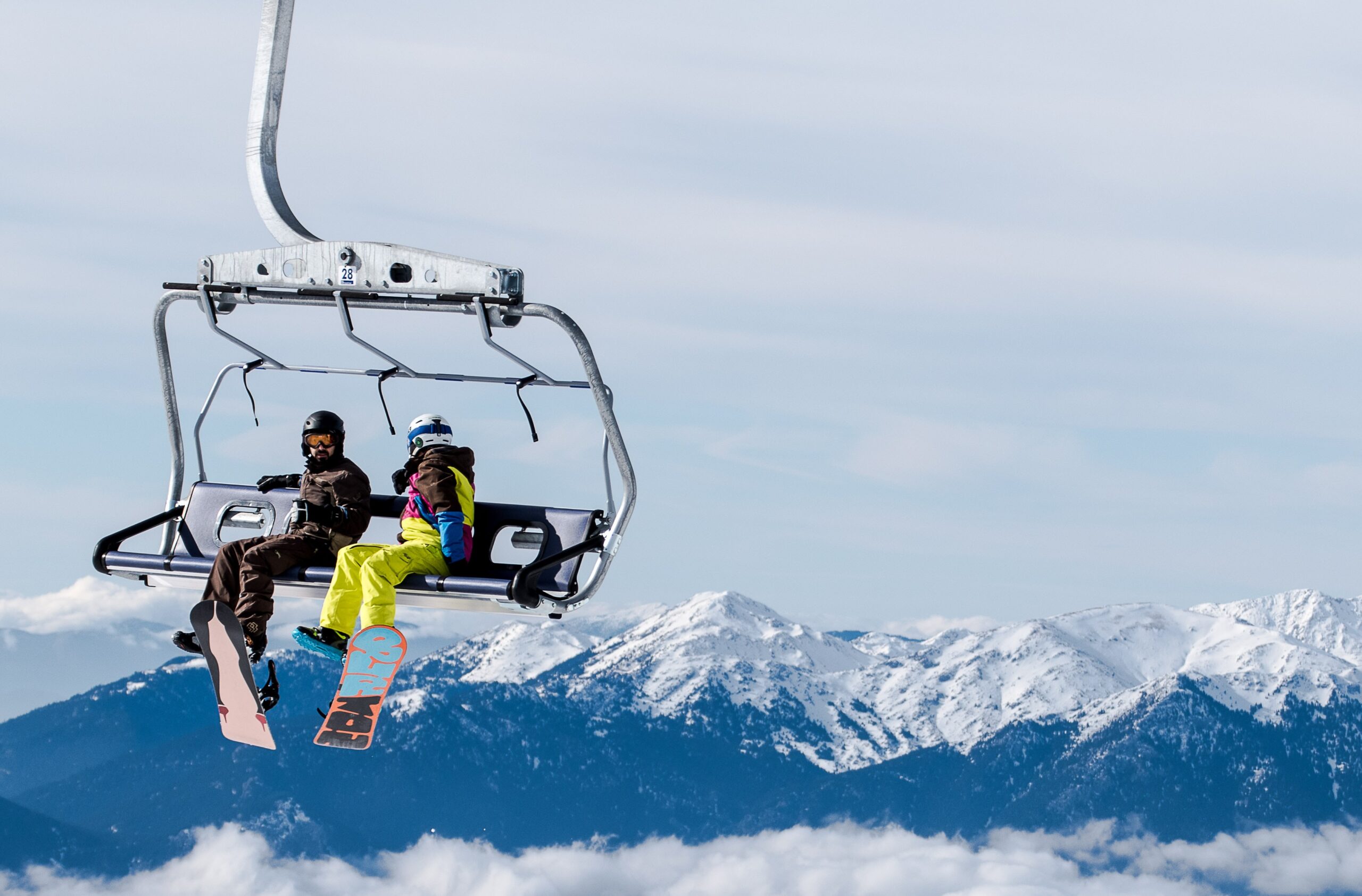 If you’ve ever been on a ski trip, then you would be familiar with ski lifts. Also known as chair lifts, these intricate contraptions operate like a pulley. They help to carry skiers further up a hill or mountain range. People can alight at different points to start their descent down the slope, depending on how high up the hill they want to go. There are varying kinds of ski lifts that accommodate different numbers of people.

Ski lifts are built at towering heights for the safety and convenience of the skiers on the ground. Each individual chair, as well as the system that operates it, has also been designed for your protection.

Chair lifts are there to ease your skiing experience. On a ski lift, you can travel a sizeable distance on the mountain in a short amount of time, so you don’t have to waste your day traveling up while holding onto your skis.

Let’s have a look at the reason behind the great distance between the ski lift and the snow.

Why are ski lifts so high? 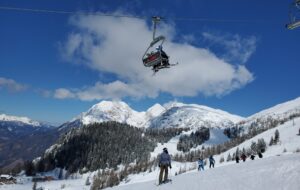 The first reason why chairs are suspended so high off the ground is for the safety and convenience of other skiers. Most ski lifts are designed without a bottom platform, so legs and skis dangle over the chair as it ascends. Functionally, this benefits the passenger because they will be able to step off easily.

While this design helps the passengers of the chair lift, a platform-less lift does make it dangerous for the skiers who are on the snow. Moving at an average of 8.2ft/s (2.5m/s), the speed at which these ski lifts travel is not what threatens passenger safety.

It is a fact that if the towers aren’t built high enough, skiers on the ground may be hit by passengers that pass by. The consequences of this are fatal, especially if skiers are sliding downhill at a considerable speed.

How high off the ground are ski lifts? 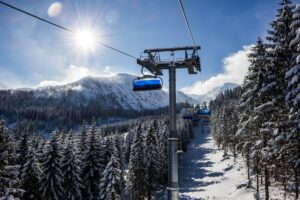 There is no particular formula for how high ski lifts should stand. The height of each tower is dependent on the size of the terrain and the area of the ski resort itself.

The important thing is that there is enough room between the bottom of the lifts and the snow for skiers to pass by safely. Let’s have a look at how high the ski lifts are set at some of the most popular ski resorts around the world.

In Courchevel, a well-known alpine ski vacation destination in France, the terrain stretches approximately 93 miles (150 kilometers) and is encompassed by ten summits towering at 8,200 ft (2,500 meters).

In comparison, the Zermatt ski resort in Switzerland is on the highest peak in the Alps, the Matterhorn. It is home to one of the most daunting vertical drops known to skiers. The mountain stands at a staggering altitude of 12,739 ft (3,883 meters), with ski lifts heights to match.

How dangerous are ski lifts? 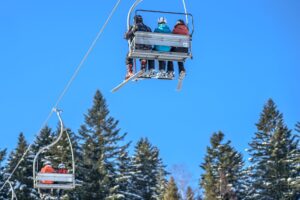 While it has been established that chair lifts take into account the safety of people on the ground below, you may be wondering whether the security of the passengers on the chairs is guaranteed.

Stories such as the highly publicized skiing accident in the Gudauri ski resort in Georgia may raise fear or skepticism. In this particular incident, passengers had no choice but to jump off their ski lifts because of a mechanical malfunction, which caused chairs to collide into one another.

The collision left 11 people injured. Added to this news, other videos of ski lift accidents being shared online can also lead people to doubt a chair lift’s safety.

If you are someone who questions the security of a chair lift, you can take solace in the fact that the mechanism of a ski lift as a whole is designed and operated in such a way that enables it to respond to any issues.

You may be familiar with the occasional occurrence of a ski lift stopping mid-journey. A stall such as this is not caused by a malfunction in the machine. It is very rarely the case that this is so. When your chair stops halfway up the mountain, it is usually for your safety as a passenger to protect you against the wind.

The wind blows at greater force in the mountains and may swing the suspended chairs from side-to-side. Most ski lifts are built with a safety switch which turns off and stops the cable from moving any further until it is safe to resume the journey.

If you are on a chair that stops, you may be wondering whether you would be able to make it down, or how long you would be stuck up there for. However,  it is important not to panic.

The chairs will normally begin moving along again once the lateral movement has decreased. There are also mechanics and engineers in place at every point to provide help when needed.

Although hopping on a ski lift does not come without its risks, chair lift-related accidents are rare as compared to the accidents that happen on the snow.

According to a report by the National Ski Areas Association (NSAA)

, a total of 13 people have died as a result of ski lift malfunctions in the United States. This number is but a fraction of the hundreds and thousands of skiers that go on snow vacations every year.

The NSAA states that 90% of chair lift falls are actually caused by human error. Knowing this, it is best to be extra careful getting on and off a chair lift.

What are some ski lift protocols to observe?

Always remember to secure the safety bar over yourself. It is also good practice to hold the chair steady before you sit down. While on the chair, avoid moving around too much.

Make it a habit to look around you when getting off your chair so that you don’t bump into any skiers. When stepping off on the snow, also make sure to step aside, because the chair will continue moving and may hit you on its way. Observing these measures will ensure your safety as well as others around you.

Can you jump off a ski lift?

On one round of skiing, you will get off a ski lift twice—once onto the snow, and once onto the exit ramp after you’ve completed your descent. This can obviously be repeated however many times you would like. 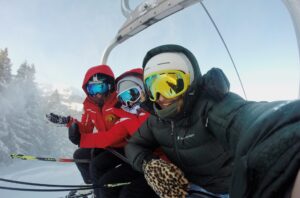 When alighting a ski lift, it is safest not to jump off. Instead, follow these simple steps.